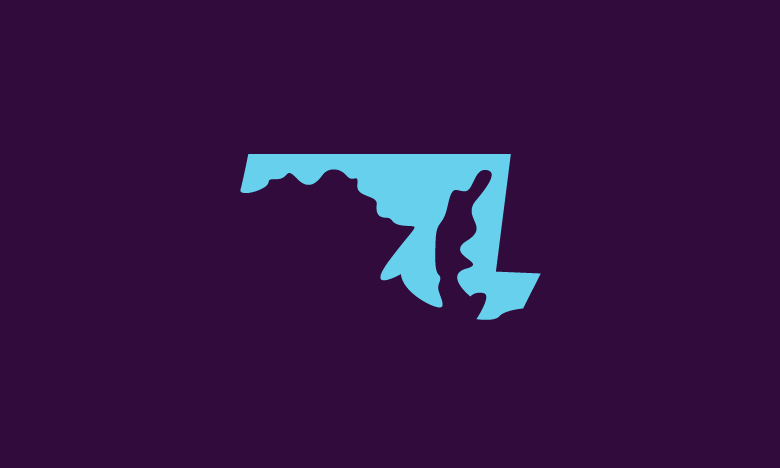 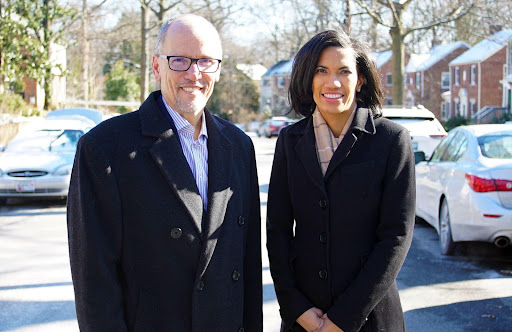 CASA in Action Board of Directors voted to endorse Tom Perez for Maryland governor. After years of anti-immigrant leadership, CASA in Action looks to Perez for a champion that will make Maryland a welcoming state for all, regardless of immigration status. 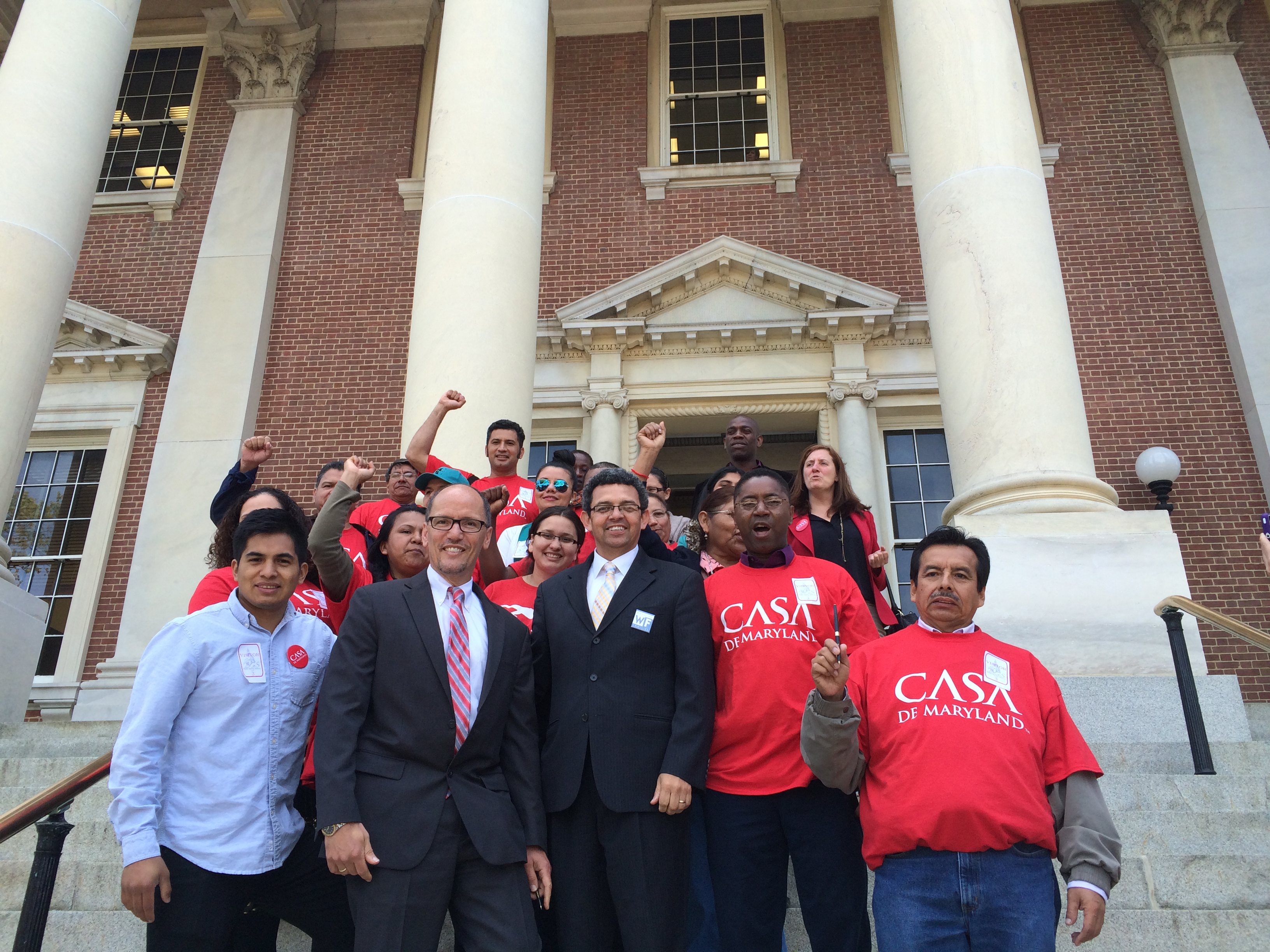 Former Labor Secretary Tom Perez released the following statement on his resignation from Venable: “I have spent my life fighting on behalf of working people. Over the last few months I’ve been traveling and listening across Maryland, and one of the most frequent concerns I’ve heard has been from people who lost jobs during the pandemic. I met with the leaders of one union who told me that 85 percent of their members -- hospitality workers -- are still out of work. They desperately want to work, but the industry is nowhere near full recovery. Many Marylanders have waited six months or more to receive unemployment benefits. Now, instead of focusing on fixing the system, the governor is taking critical benefits away from families that need them to pay the rent and put food on the table. This is unconscionable. 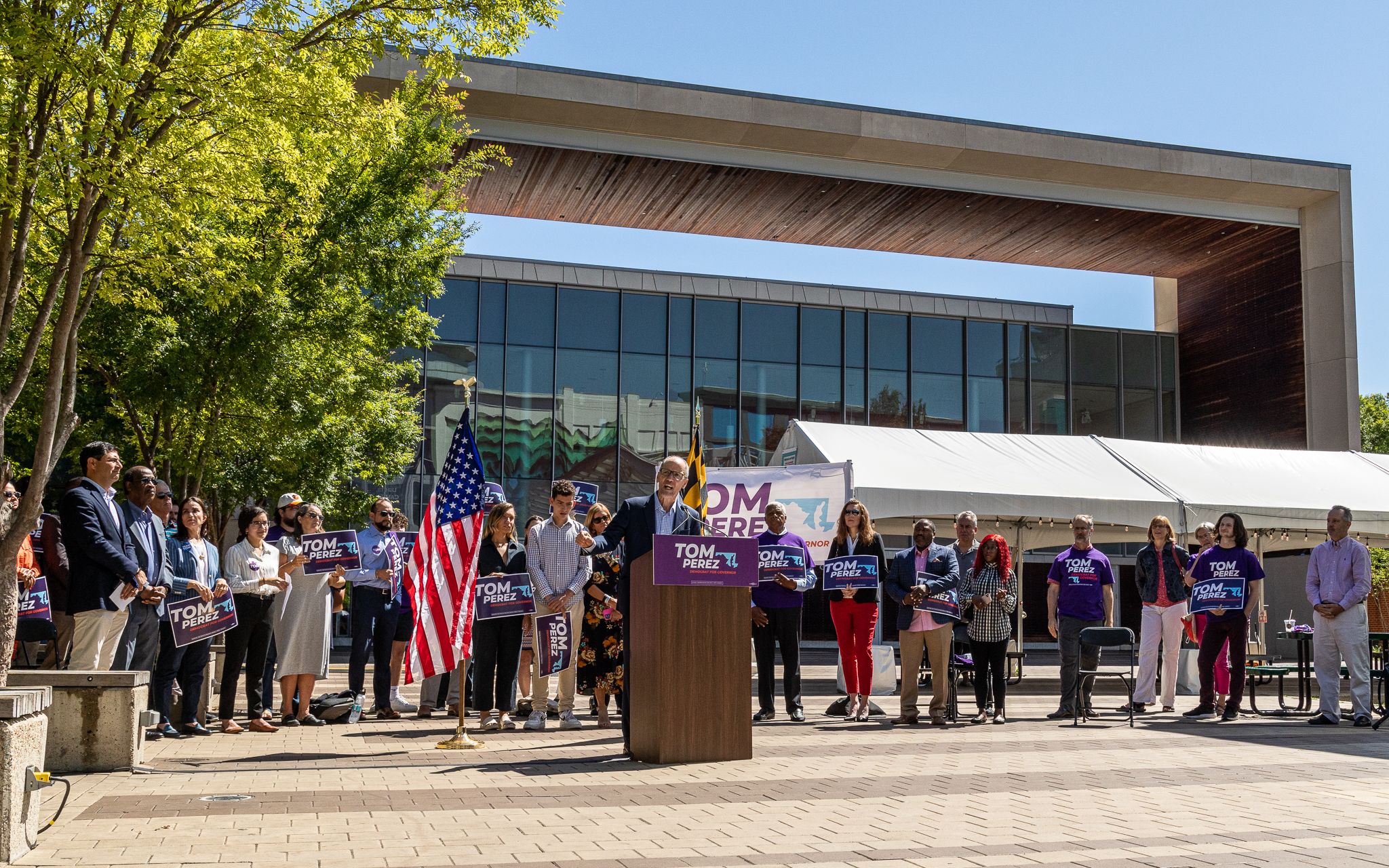 Tom Perez, in the early 2000’s, was on the Montgomery County Council. He served in the O’Malley administration as Labor Secretary. He served at the Justice Department. He was President Obama’s Labor Secretary. He chaired the DNC. He has a long list of passionate supporters who believe in him quite significantly, including former Montgomery County Executive Ike Legget who spoke at his launch rally this week in Silver Spring. I think Mr. Perez is poised to be among the potential top tier of candidates as this race heats up. (25:45-26:51) 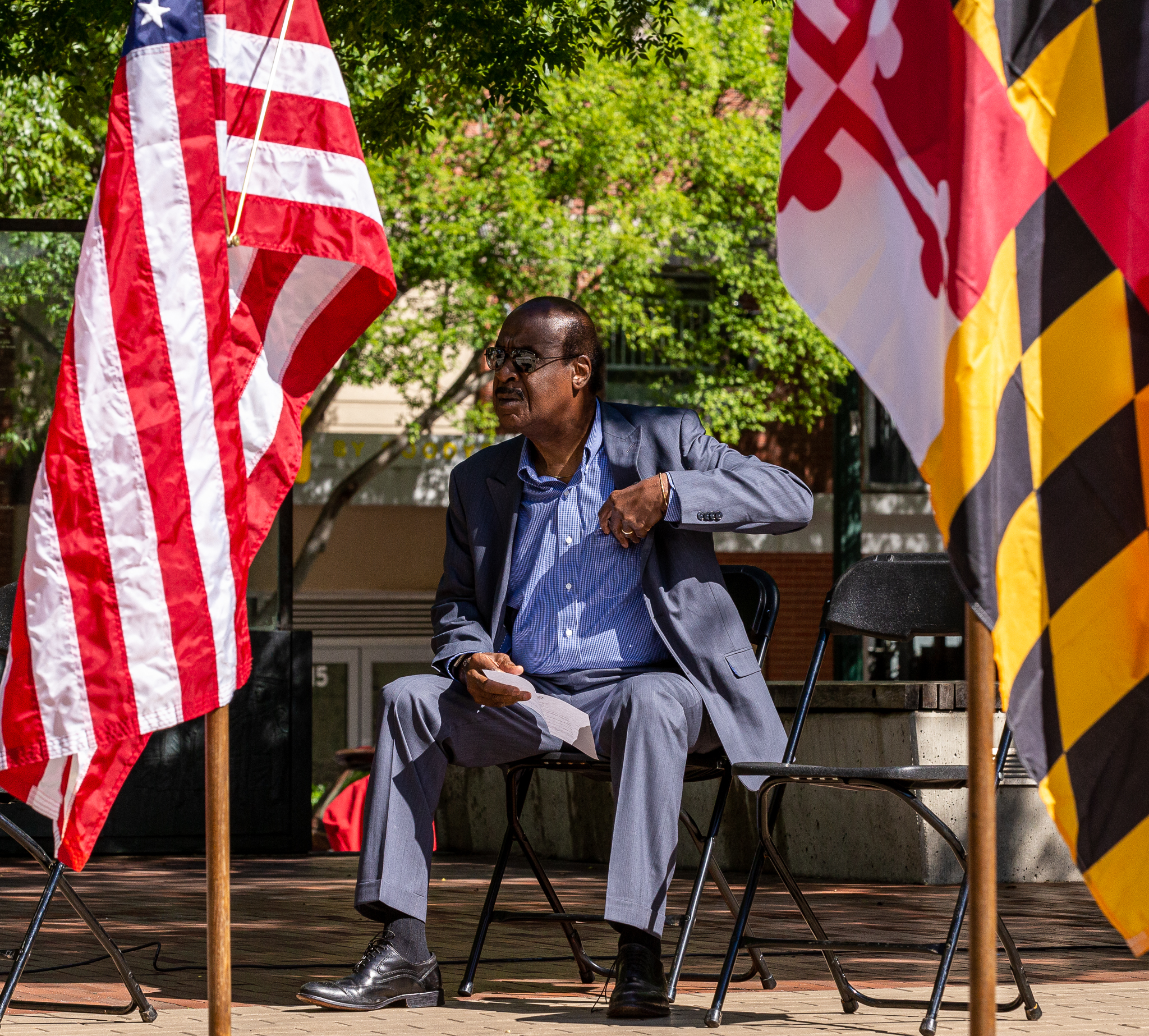 (CNN)Tom Perez, the former chair of the Democratic National Committee, announced Wednesday that he was running for governor of Maryland, seeking to succeed term-limited Republican Gov. Larry Hogan. Perez, who previously led the Department of Justice's Civil Rights Division and served as Labor Secretary for then-President Barack Obama, made the announcement in a video that touts his biography, his roots in Montgomery County, Maryland, and features him pledging to take on a number of key Democratic priorities, ranging from education to protecting union jobs to tackling climate change. 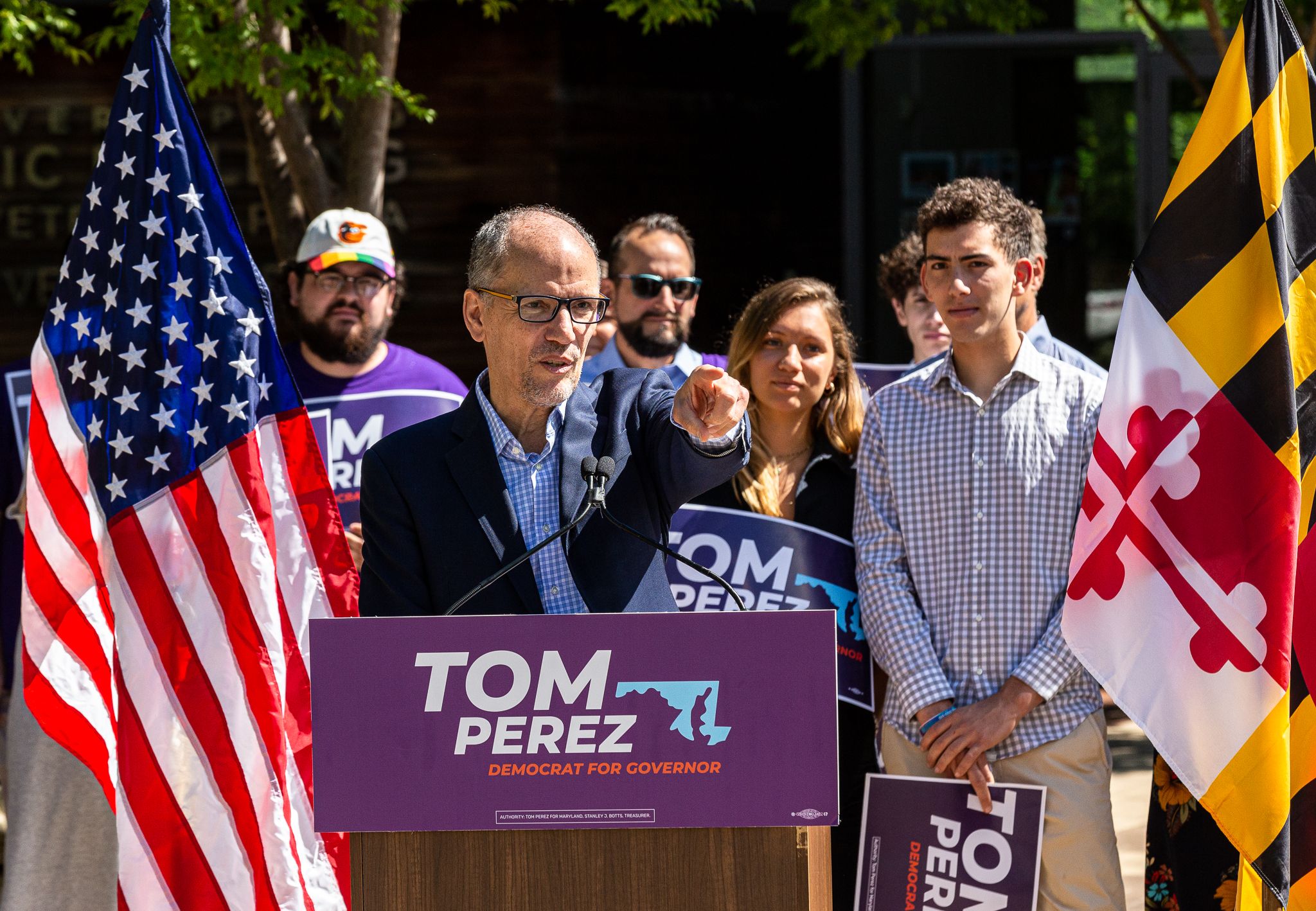 Former Democratic National Committee chair Tom Perez, who served as labor secretary in the Obama administration, is running for Maryland governor in 2022, joining a crowded field of candidates vying for the Democratic Party nomination. Perez, 59, said his campaign will focus on his experience over the past 35 years and his efforts to create opportunities for people regardless of where they live. “I think Maryland wants to see that whoever is in the governor’s seat can deliver results,” Perez said in an interview to announce his bid. Perez said he decided to enter the race for governor because Maryland has a “once-in-a-generation opportunity” to make significant progress on issues that have been the focus of his life’s work: civil rights, economic justice and social justice. 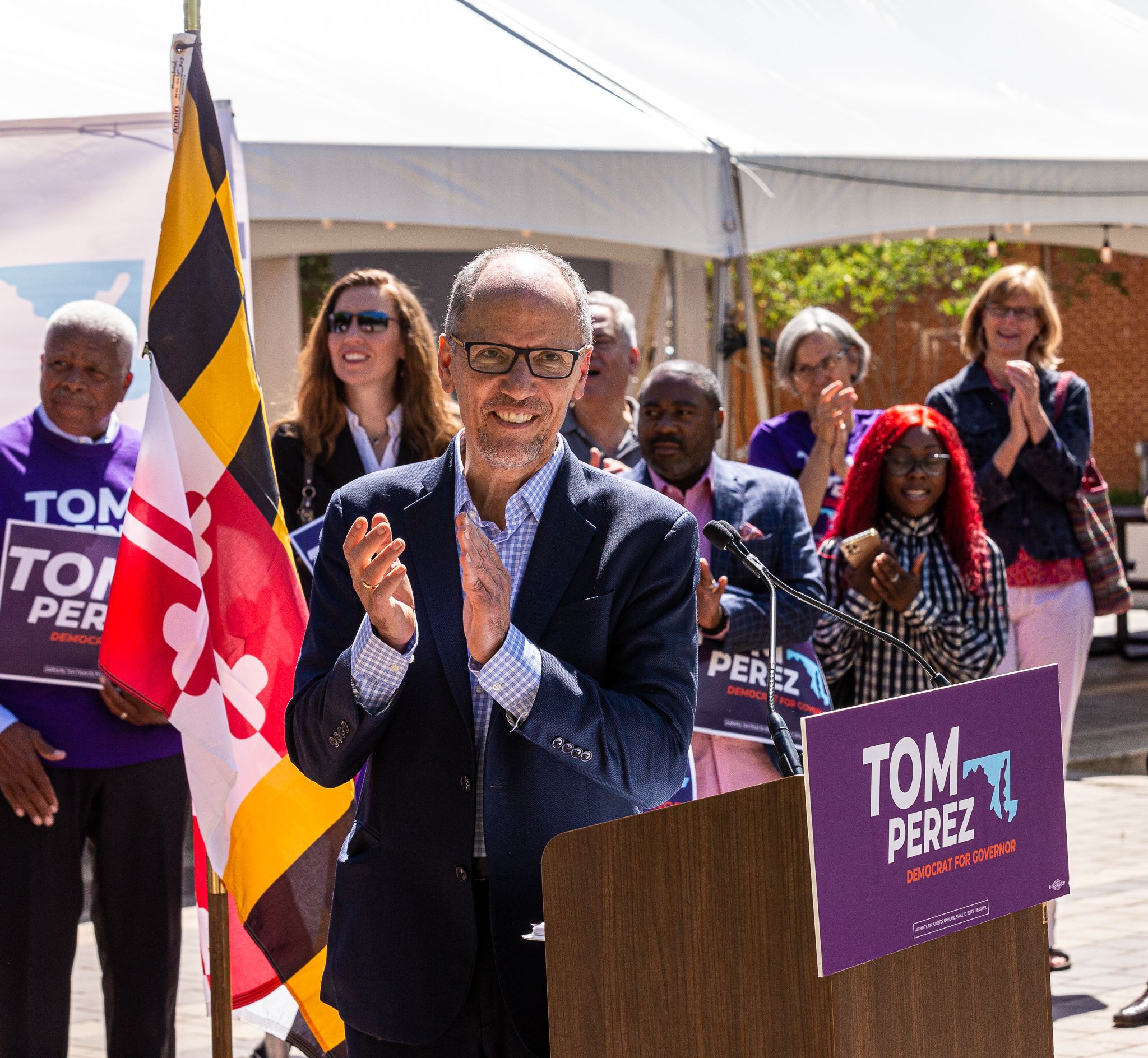 After months of speculation, former Democratic National Committee Chair Tom Perez announced his candidacy in the race for Maryland Governor on Wednesday. In a video announcing his run, Perez highlights his early life and ties to the Obama administration, including a clip of former President Barack Obama calling him "one of the best secretaries of labor in our history." "My parents came here as immigrants from the Dominican Republic. I never would have dreamed in a million years that the president of the United States would have given me opportunity to make such a difference. We did get a lot done, but there's so much more to do," Perez says in the video. 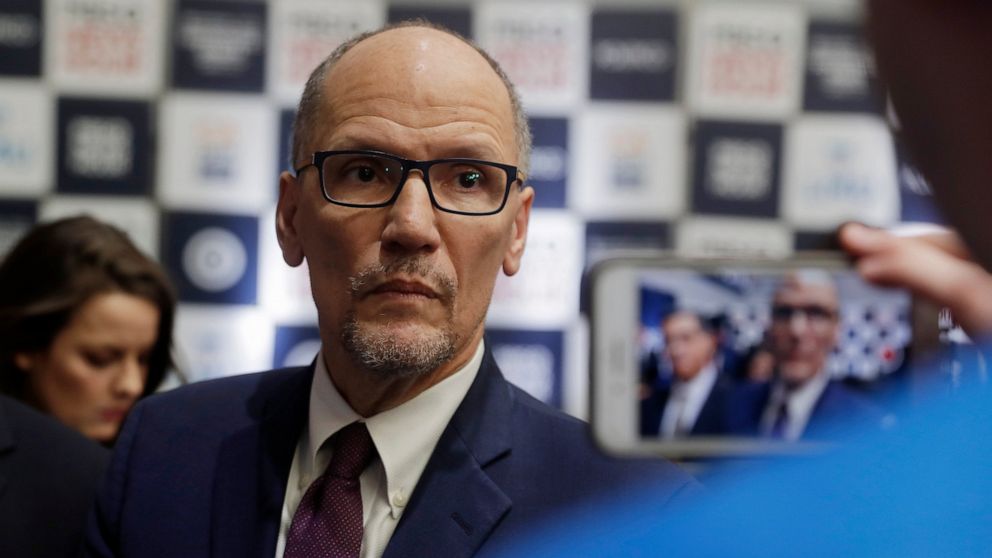 WASHINGTON — Former Democratic National Committee Chairman Tom Perez is running for governor of his home state of Maryland, where the outgoing Republican governor has proven immensely popular despite the state’s heavy Democratic tilt. Perez led the Civil Rights Division of the Department of Justice and then served as labor secretary under President Barack Obama. He was elected to lead the DNC in the wake of Hillary Clinton’s loss to Donald Trump in 2016. 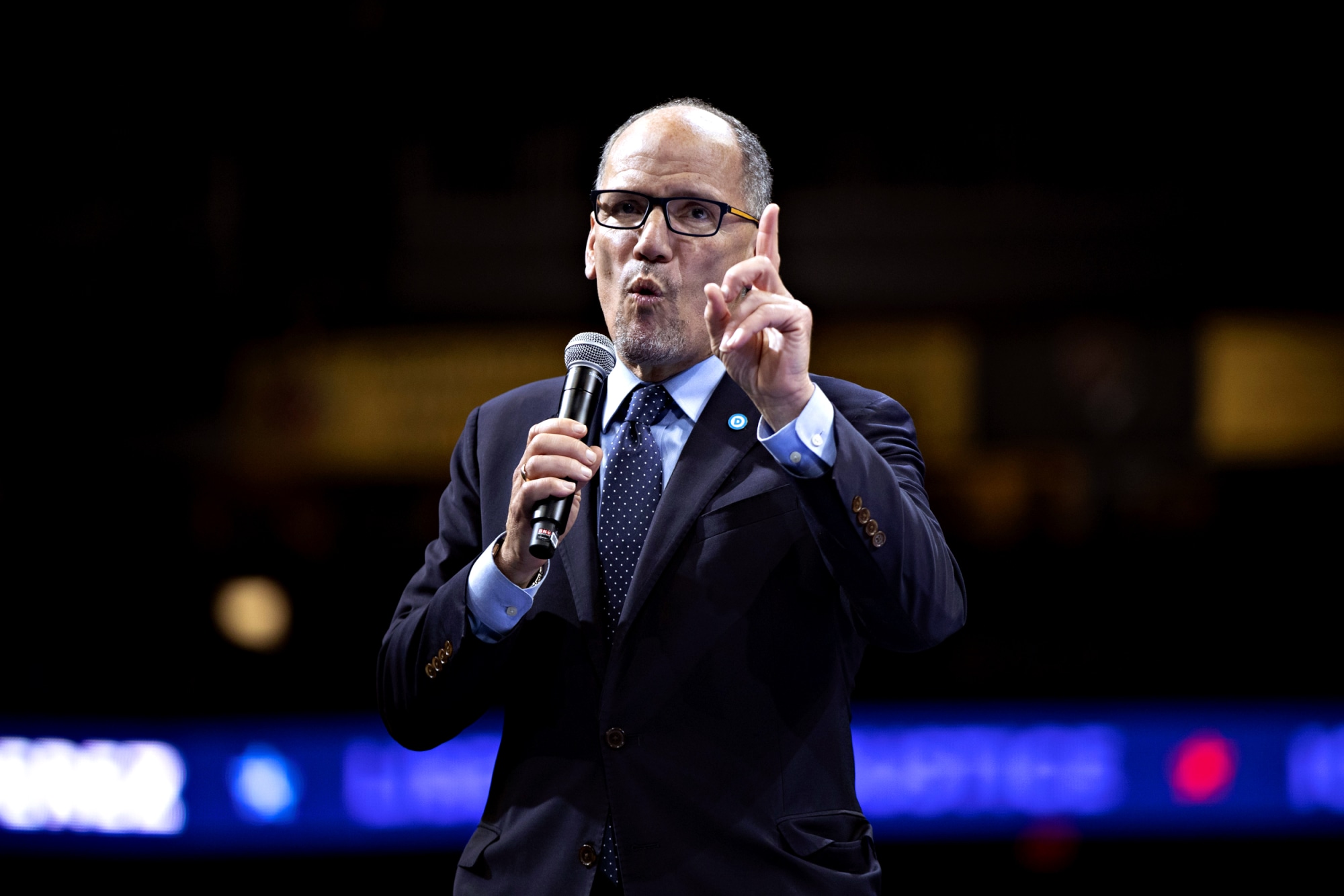 Tom Perez, who spent the last four years leading the national Democratic Party, is launching a campaign to be Maryland’s next governor. Perez said Marylanders “are punching below our weight” and he believes he’s the best-qualified candidate to move the state forward in improving health care, education and the economy. Advertisement “I want to build a Maryland where the sky is the limit for everyone, where your ZIP code does not determine your destiny,” Perez said in an interview Tuesday ahead of his planned campaign launch on Wednesday. 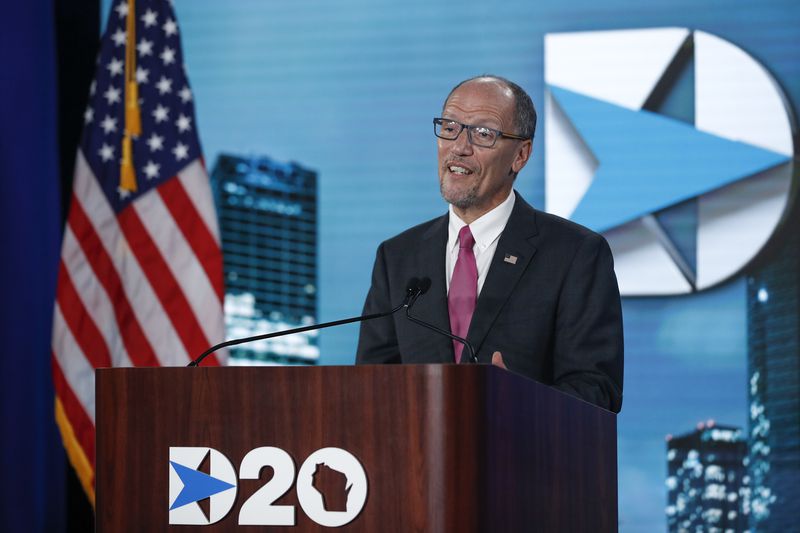 Tom Perez, a former member of the Obama cabinet who has also served in Annapolis and in local government, launched his campaign for governor on Wednesday with a pledge to steer state government in a manner that helps workers of all stripes. Speaking to a group of approximately 100 supporters outside the Silver Spring Civic Center, the 59-year-old attorney and former chairman of the Democratic National Committee said Maryland “is punching below its weight.” 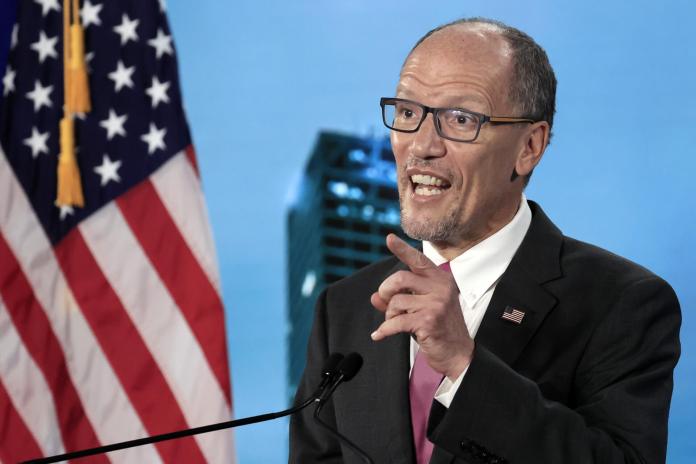 Nearly 350,000 Marylanders don’t have health insurance. Here’s how to close the gap. | COMMENTARY

Two decades ago, infectious disease experts warned that our country was uniquely vulnerable to epidemics because, unlike every other affluent nation, the United States has millions of residents without health insurance. “I’ve been taking the time in the past couple of months and in the weeks ahead to talk to people all across Maryland,” he says. 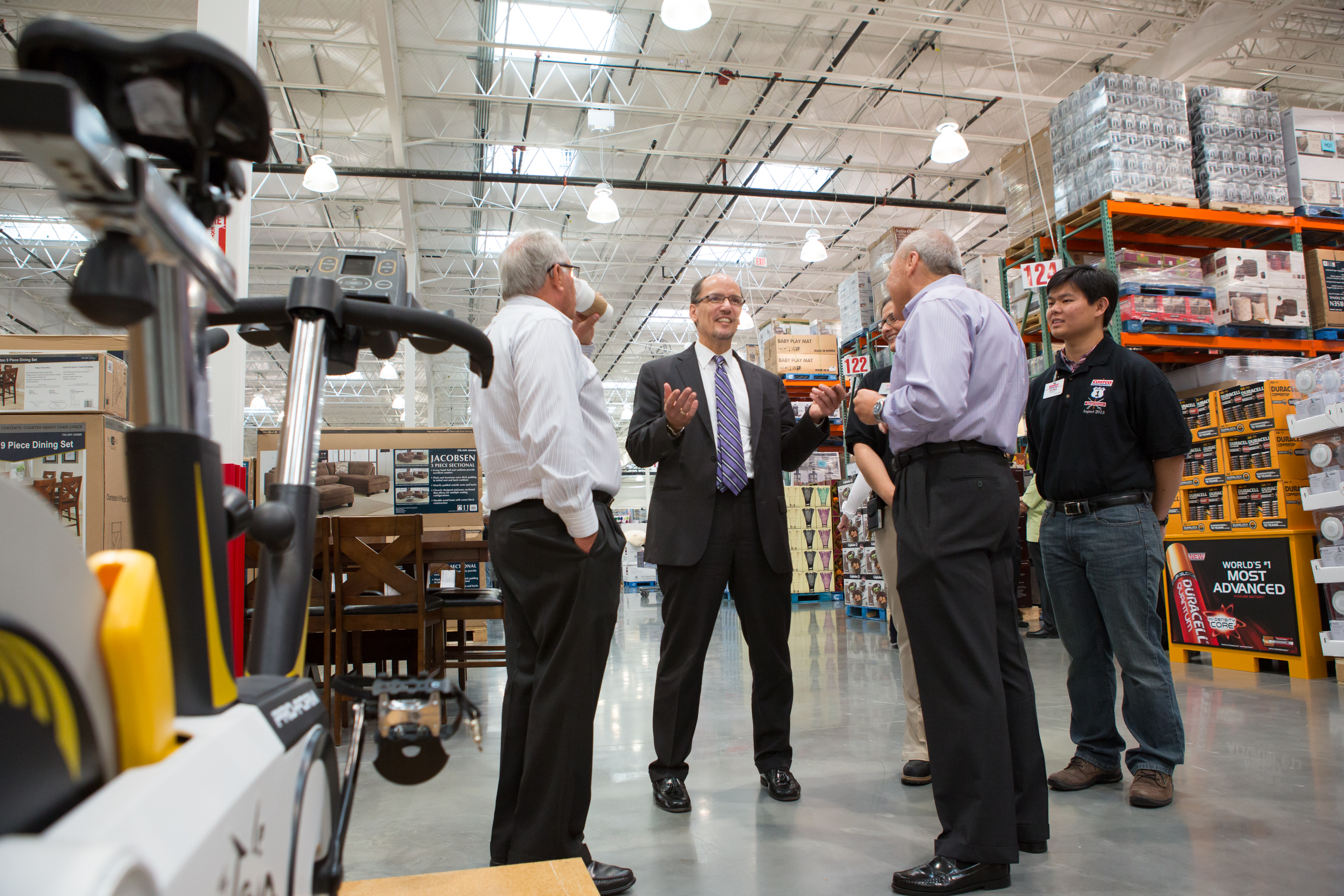 On Friday, while the Hennepin County Medical Examiner testified in a Minnesota courtroom about his determination that George Floyd died by homicide under the knee of a police officer, Maryland Gov. Larry Hogan was vetoing landmark police reform bills passed by Maryland’s General Assembly. 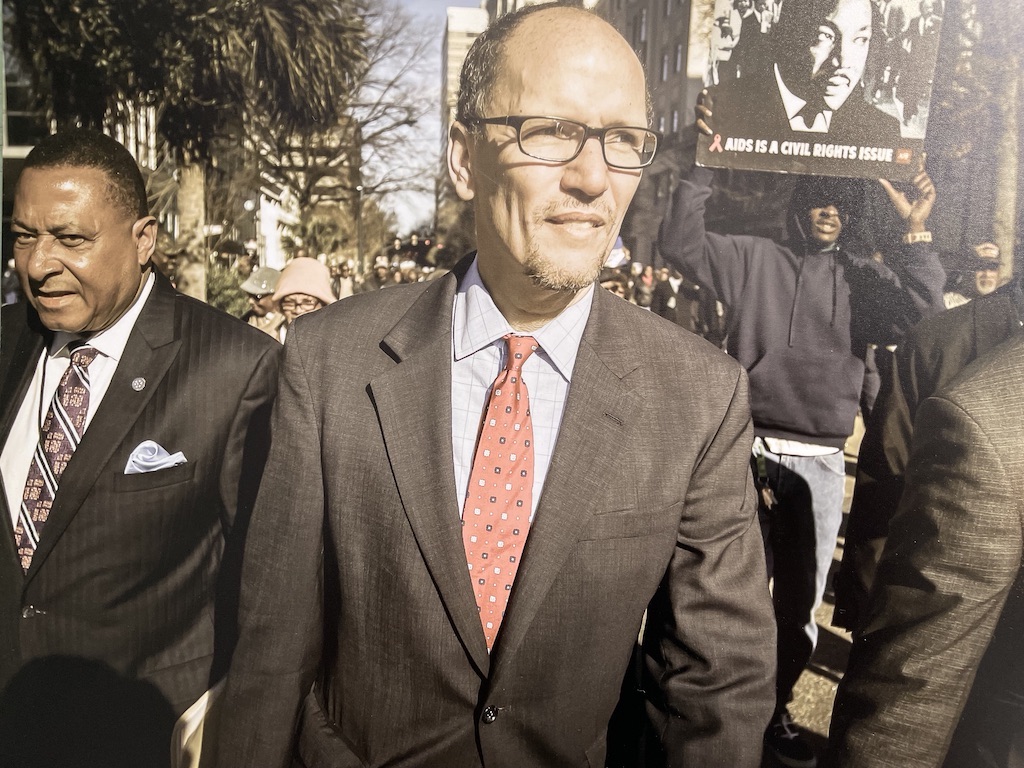 A bold commitment to offshore wind would be a win-win for Maryland; Gov. Hogan, how about it?| COMMENTARY 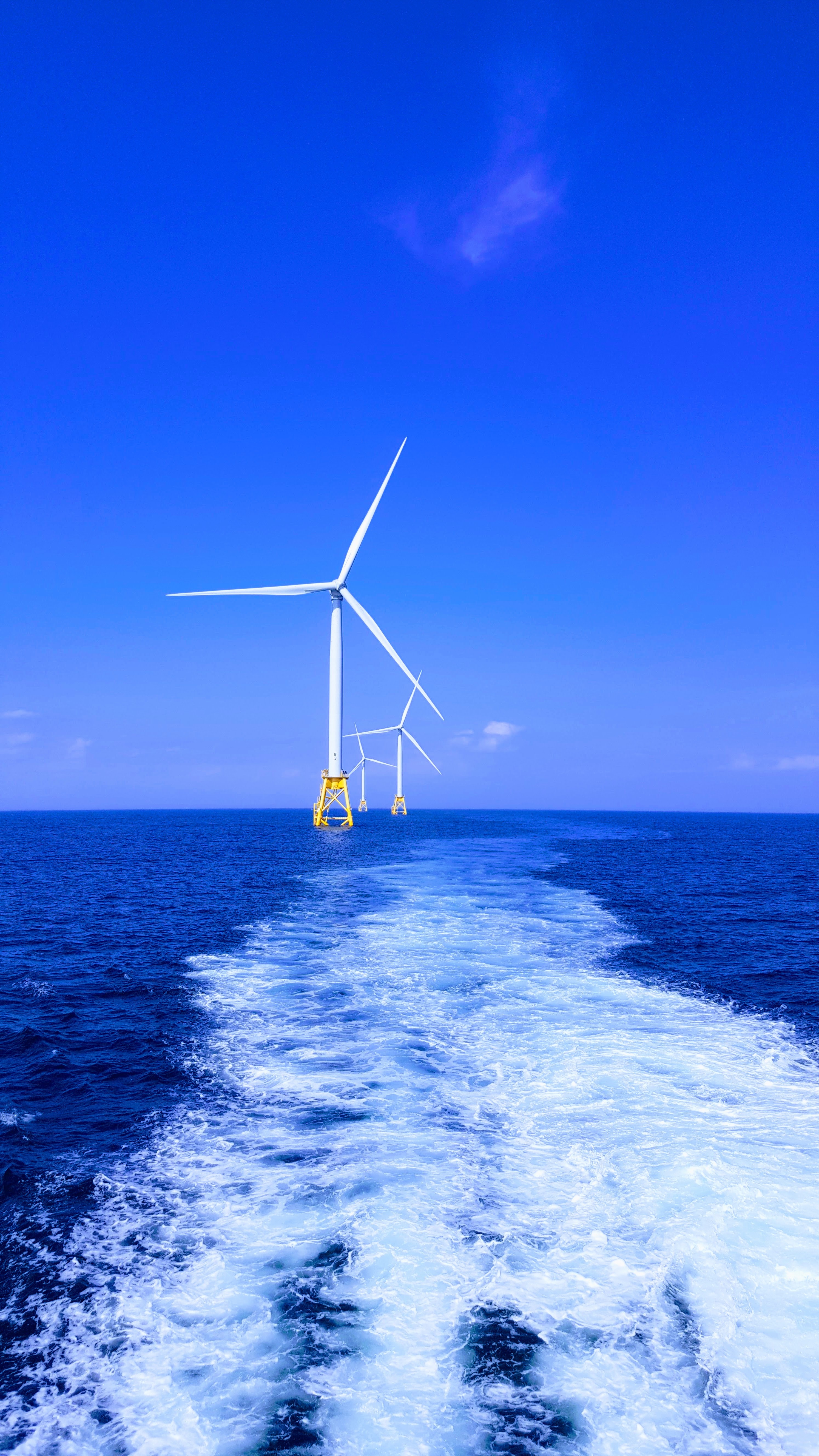